Just added to your cart

We've sent you an email with a link to update your password.

Is CBD Skincare The Real Deal? Here's What Science Shows Many of us ingest CBD oil in order to manage stress, anxiety, and chronic pain. However, CBD has also been making guest appearances in skincare products like lotions, soaps, and serums. These products often boast anti-inflammatory properties and claim they can calm skin, moisturize, and even soothe aching muscles. However, do these topical CBD skincare products actually work? And if so, how?

But first, let's rehash what CBD actually is.

Cannabidiol (CBD) is one of the hundred or so compounds, or phytocannabinoids, found in the Cannabis sativa, also called the cannabis plant. It's one of the most prominent compounds along with tetrahydrocannabinol (THC). However, unlike THC, CBD does not cause psychoactive, mind-altering reactions when ingested, smoked, or applied topically. Rather, it works with the body's Endocannabinoid System (ECS) to relieve pain, reduce anxiety, and help those who suffer from insomnia.

When CBD enters our body, it doesn't attach itself directly to CB1 and CB2 receptors. Rather, it changes the receptors' ability to bind to other neurotransmitters and cannabinoids. Therefore, it can prohibit absorption of compounds related to pain, thus making the pain less noticeable.

So, what can CBD do for our skin?

It's clear that, when ingested and introduced to the bloodstream, CBD can tell the body to chill from the inside out. But what happens when we apply it directly to the skin? Research pertaining to the effects of CBD on the body is still limited, and many studies still only look at its effects when given to animals. However, one study from 2007, published in theJournal of Dermatological Science, tested the effects of cannabinoids on the human skin, with CBD and THC included.

The researchers found that all the cannabinoids tested "inhibited keratinocyte proliferation in a concentration-dependent manner," meaning that they thwarted the overproduction of the skin cells often found in psoriasis. But they also found that these cannabinoids did not operate via the CB1 and CB2 receptors to inhibit keratinocyte proliferation. However, a 2018 American Academy of Dermatology (AAD) report noted that CBD does, in fact, interact with CB1 and CB2 receptors within the skin.

Some experts argue that there's only enough scientific evidence to show that CBD could potentially be applied topically to relieve arthritis pain, and that scientific evidence came from a study on rats. But others believe that CBD has the potential to do much more for our skin. Jordan Tishler, M.D., medical cannabis expert at InhaleMD in Boston, told SELF in July 2019 that CBD might be useful for combatting skin inflammation, which could prove helpful in managing skin conditions like eczema, psoriasis, and rosacea.

Jeanette Jacknin, MD, FAAD, a board-certified dermatologist with the AAD, added that CBD could also help those woh suffer from acne, which could be caused by an imbalance of the ECS system, as well as itchy skin. As of 2018, three studies have been done on the effectiveness of CBD for acne, one of which found a 3% topical cannabis cream to be effective.

“Cannabis’s strong anti-aging and protective capabilities make this herb the next big thing in skin care, providing more than just moisturizing and nutritive properties of hemp oil with only minuscule amounts of CBD,” Dr. Jacknin said, per Practice Update. “Many CBD skin care lines are already out there.”

Where can CBD products be purchased?

Many big-name beauty product retailers, like Sephora and Ulta, now sell several CBD skincare lines offering moisturizers, body lotions, and anti-aging serums. Lord Jones and Herbivore, for example, are two popular CBD beauty brands sold at these retailers. But, if you're looking to use CBD to curb breakouts or relieve psoriasis, it's best to approach your dermatologist before switching over to a CBD-based face product. They may recommend specific products to you based on your skin type or medical condition.

According to Dr. Jacknin, the AAD studies on CBD skincare have shown no side effects other than dermatitis, which she says is most likely caused by the other ingredients in the products, such as harsh essential oils, other than the CBD itself. She recommends only using high-quality CBD products from reputable companies and to test said products on a small patch of skin before applying to larger areas.

Furthermore, you may wish to look into hemp oil (also called hemp seed oil) while investigating what CBD can do for your skin. Unlike CBD, which is derived from the leaves and stalks of the cannabis plant, hemp is harvested by cold-pressing hemp seeds. It's rich in omega-3 and omega-6 fatty acids, which aid cell turnover, and has been shown to have positive affects on skin. It can moderate oil production, moisturize dry skin, and like CBD, can offer anti-aging benefits thanks to its linoleic acid and oleic acids, which the body in unable to produce itself.

Although the benefits of CBD are still being studied, the evidence that has been reported thus far is promising.

Because of its anti-inflammatory effect, CBD holds a lot of potential to be the next big thing in natural skincare and beauty. If you're interested in trying CBD skincare products for yourself, do your research and find products that have healthy ingredients that won't irritate your skin and come from well-reviewed sellers. Consult your dermatologist if you're trying to attack a specific problem, and they can help guide you in the right direction.

"This is an area that has really exploded in recent years,” Dr. Jacknin said, per the AAD, “and I expect it to grow even more in the years to come.” 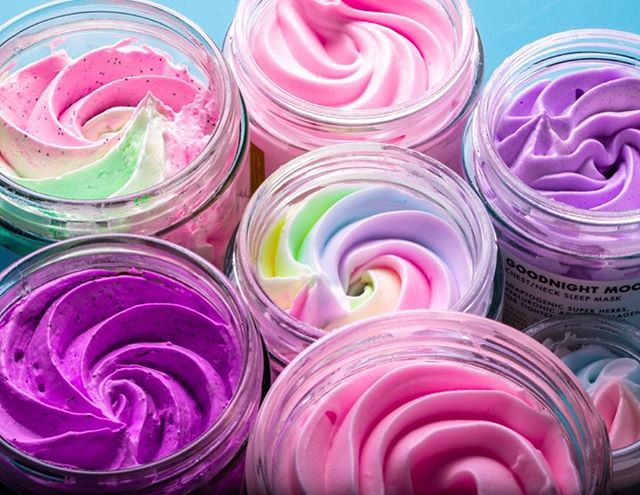 Back to CBD Beauty
Use left/right arrows to navigate the slideshow or swipe left/right if using a mobile device
Cart Total (10 items) : $100


Due to safeguards in place to protect our employees, shipments will be delayed. Learn more

Go to cart Proceed to checkout